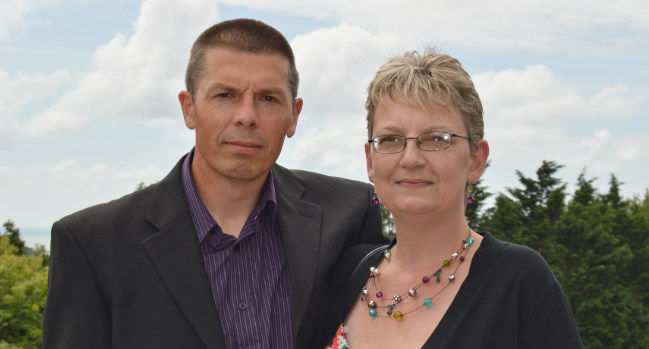 Thinking Autism is urging the government to take a broad approach when medics are permitted to begin prescribing cannabis from November 1.

When Home Secretary Sajid Javid first announced a review of the drug’s medicinal benefits, the government suggested only those in "exceptional clinical need" would gain access to cannabis.

One report this week suggested that guidance would be given to medics that would effectively limit its use to epilepsy, people with chronic pain, and those suffering from nausea linked to chemotherapy for cancer.

But Thinking Autism, which provides information and support to families, has told Learning Disability Today the drug should also be available to people struggling with anxiety.

Thinking Autism’s advocacy lead Natasa Blagojevic-Stokic said the charity was “hopeful” that cannabis research would see the drug offered to people with “autism-related conditions, such as anxiety, irritability and heightened stress response.”

Professor Mike Barnes, a neurologist, also urged the government to avoid imposing tight restrictions on prescribing. Barnes helped secure a Home Office licence for six-year-old Alfie Dingley to be given cannabis for his epilepsy. Alfie’s mother, Hannah Deacon, fought a high profile campaign to ensure her son could be treated with cannabis to reduce the 150 seizures he experienced each month.

The Home Office also faced mounting pressure from Charlotte Caldwell. Her 12-year-old son, Billy, suffers from autism and a rare form of epilepsy leaving him fighting up to 100 seizures a day.

Ultimately, the Home Office backed down and allowed both parents to use cannabis to treat their children’s seizures.

In addition to cannabis oils, pharmaceutical cannabis products Sativex and Epidolex, both made in the UK, may be the first to be prescribed to patients in England, Wales, and Scotland.

Following the government’s rethink on the drug, an initial review by Chief Medical Adviser Dame Sally Davies concluded that there is evidence medicinal cannabis has therapeutic benefits.

"I think it should be up to the doctor", says Barnes, adding that doctors should be free to prescribe where they believe is "in the best interests of the patient.”

Barnes did however warn that doctors would have to be a "little more cautious" about prescribing for conditions that lacked a solid base of evidence.

He suggests that clinical trials should be undertaken for conditions which lack solid evidence to support cannabis use. This would enable medics to assess the drug’s effectiveness without denying it to those who suggest it’s the only treatment that works for them.

Barnes added we should "not restrict doctors, otherwise we’ll never learn anything, will we? If we say the evidence for autism isn’t strong enough, well how are you going to get it stronger?"

"The only way to get it stronger is to prescribe it and monitor what happens.”

Barnes said globally there are now over 40 countries that have gone further than the UK in introducing medicinal cannabis laws. He said it was important to look at their experience to guide judgement over effectiveness and safety for conditions like autism.

In the US 31 states now have comprehensive medical cannabis programmes.
A further 15 allow medical cannabis in limited situations or as a legal defense where the drug contains only a “low” dose of tetrahydrocannabinol, which is the part of the substance that produces the “high”.

In Israel the medical firms Yom Chai and Kaneh-B have formed a partnership to develop cannabis products for attention deficit hyperactivity disorder (ADHD).
Reports suggest these products will soon be available in Europe.

Editor of the Facebook group Cannabis for Autism Justin Clarke indicated he was disappointed by reports suggesting the drug would be available only to very restricted patient groups.

In a message he wrote: “It’s my understanding that the recent announcement only relates to sever epilepsy, cancer and chronic pain. Nothing about mental health or autism unfortunately as those things appear not to be a high priority for the government."

Clarke, 29, from Telford, in Shropshire, uses around £30 worth of street cannabis each month to treat his autism. He said those prevented from getting cannabis on the NHS "will likely have to continue to access our medicine from the black market."

Previously the Royal College of Psychiatrists (RCP) had warned against regular cannabis use, suggesting there was a "clear link" to the drug and later mental health difficulties when someone has a genetic vulnerability.

The RCP had also expressed fears that the drug doubles the risk for psychotic episodes or schizophrenia. However, in a major about-turn the RCP last week announced it is reviewing its opposition to the legalisation of cannabis and plans to set up a panel on decriminalisation.

The move is seen as crucial in policy terms as ministers are said to rely on the RCP’s members for advice on mental health. The RCP’s registrar Dr Adrian James, who will chair the panel, has told The Telegraph that they will look at research from countries where the drug has been decriminalised.

In 2015 research led by Scott Hadland of Boston Children’s Hospital examined the safety of cannabis. The research came in the context of a rapidly changing US drugs policy that was seeing sales fully legalised and regulated in some states and medicinal use allowed in many others.

The work, published in the Journal of Developmental and Behavioral Pediatrics, concluded: "Given the current scarcity of data, cannabis cannot be safely recommended for the treatment of developmental or behavioral disorders at this time."

“At best, some might consider its use as a last-line therapy when all other conventional therapies have failed."

A spokesperson for the Department of Health said the law doesn’t place any restrictions at all on the conditions cannabis can be prescribed for. However, NHS England is working with the National Institute for Health and Care Excellence (NICE) to introduce guidelines on those conditions medical cannabis is most appropriate for.