Any treatment will work best when those receiving it fully buy into the process, but how effective can it be for those with learning disabilities who may lack understanding? Darren Devine reports. 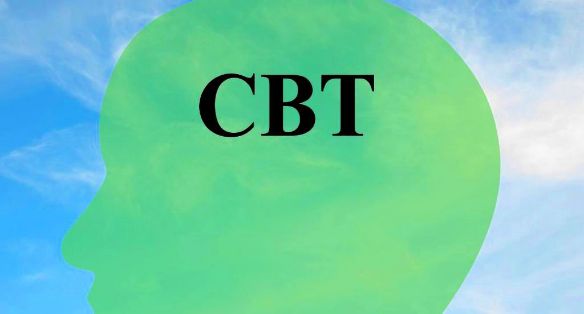 Hindered by anxiety and depression, Louise Knight - who has dyslexia and high-functioning autism - found it an unbearable ordeal to visit the shops: even the "ka-ching" of a till could trigger a panic attack. “It was very debilitating — extremely so. Sweating and panic attacks in anywhere that had conversation with people. On the phone I’m better, but one-on-one eye contact is terrible."

"CBT changed the way I looked at it and helped me accept what had happened, not feel that it was my fault or anything like that  — that I wasn’t as inadequate as I thought I was."

At her worst, the 45-year-old single mum of two sons, who also have high-functioning autism, suffered a breakdown, becoming suicidal.

The merits of CBT for learning disabled people

She says the talking therapy sessions proved a real “turning point” that saw her get to grips with the struggles she had previously found overwhelming. Attended by Knight six times, the hour-long sessions of CBT taught her the value of self-acceptance, helping her to overcome the anxieties she had battled since childhood.

“People were unkind because I was a bit slower at learning things and I was deemed a bit stupid", reports Knight. "Then I spent all that time feeling that way, which in itself creates anxiety, creates depression, makes you not want to do anything. CBT changed the way I looked at it and helped me accept what had happened, not feel that it was my fault or anything like that  — that I wasn’t as inadequate as I thought I was."

CBT is a first-line treatment for mild depression and has been shown to work better than medication alone.

Whilst CBT helped Knight who, despite her challenges, is very articulate, to what extent can it be used to help others with learning disabilities?

How CBT can be adapted

In the past, learning disability has been viewed as a reason to automatically exclude someone from being able to receive CBT. However, Angela Hassiotis, psychiatry professor of intellectual disability, says CBT can be adapted for people with mild learning disabilities; they have a right to access the full range of therapies that are available for conditions such as depression and anxiety.

Professor Hassiotis, of University College London (UCL), developed a manual on using CBT for people with learning disabilities, forming part of a research team that assessed its effectiveness in a trial study.

It’s vital that anyone receiving CBT “can link behaviour to how they think and feel”, Hassiotis says.

As an approach, CBT works by helping people manage problems by changing the way they think and behave. It’s based on the idea that thoughts, feelings, and sensations are connected and a negative mindset and attitude can trap people in a vicious cycle.

Although CBT focuses on current problems broken down into smaller parts rather than past challenges, Hassiotis says a whole range of past traumatic experiences may be brought up in therapy: “Some of them may be older and they might have lived in institutions and been discharged in the last 10 years into supported living and residential care. Things might have happened — patient-on-patient violence, they may have been subject to bullying, restrictions, harassment.”

The CBT is adapted for people with learning disabilities, with a few sessions at the start to explain the therapeutic process.

Sometimes the communication needs of these people can present challenges for therapists. Problems forming sentences, unclear speech, a reduced vocabulary, and a greater processing time all demand that the CBT is adapted to the individual being treated.

Hassiotis says another difficulty for the psychologist or therapist is knowing “how much the person with an intellectual disability wants therapy”. In some cases, families and carers may be the driving force for the therapy when other approaches, like anti-depressants, have failed.

“There are lots of unknowns about how a person with a learning disability can make that decision,” said Hassiotis. Despite this, Hassiotis says it’s not uncommon for those being treated to tell the therapist how much they enjoyed being listened to.

This is, perhaps, unsurprising in people whose lives are often dominated by others making decisions for them.

CBT versus other therapeutic techniques

Recent research published in Health Technology Assessment compared the value of behavioural activation (BA) with guided self-help therapy, the latter based on the principles of CBT.

BA is not a talking therapy, instead focusing on getting people with depression involved in positive activities and helping them to engage in tasks.

The researchers, led by professor Andrew Jahoda of Glasgow University, compared the results of these two techniques when treating learning disabled adults with depression. There was no difference found in their effectiveness for treating depression, although both techniques were reported to have resulted in improvements during the trial.

Professor Richard Hastings says there is a lack of research to guide therapists on the question of whether talking therapies can be adapted for people with more severe learning disabilities. "People are not doing the research, not collecting the evidence.  So the question of whether psychological therapies, talking therapies, could work for people with more severe learning disabilities is essentially unknown at the moment."