The Royal College of Psychiatrists, which represents 34,000 doctors around the world, respond to a controversial article in the Daily Mail authored by their former President, which claimed parents chase diagnoses to 'avoid their own failings'. 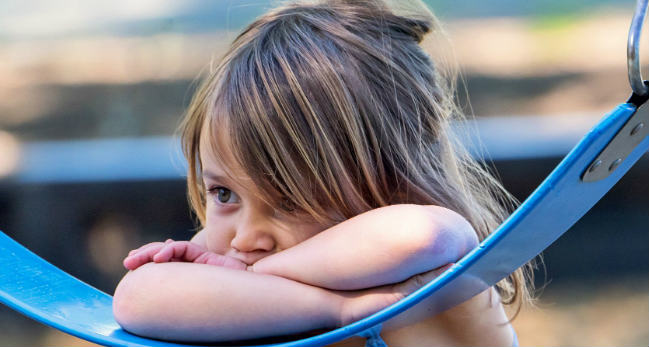 “There is only one thing in life worse than being talked about, and that is not being talked about.” In recent times, neurodevelopmental conditions have not had to worry about falling victim to Oscar Wilde’s warning.

Former President of the Royal College of Psychiatrists Mike Shooter grabbed headlines recently by suggesting that neurodevelopmental conditions like Autism Spectrum Disorders (ASD), Attention Deficit Hyperactivity Disorder (ADHD) and Intellectual Disabilities (ID) in children are being “vastly, and dangerously, over-diagnosed”. He says that parents are seeking out diagnoses like a “badge of honour”.

Rather than allow this to act as a deterrent to anyone thinking of seeking support, I’m keen that this attention should be used to highlight the importance of improved diagnoses and support for people with such conditions.

Neurodevelopmental conditions are a group of conditions that are linked to the development of the brain and the effects these have on functioning. ASD, ID and ADHD are the 3 most common examples.

First off, with apologies to those of you who need no reminder, I’d like set out what some of these often intimidating neurodevelopmental terms mean:

What is Autism Spectrum Disorder (ASD)?

Characteristics vary in each person, but generally people with ASD have difficulties, of different degrees, with communicating, social skills and repetitive behaviours.

ASD affects at least 1% of children and young people.

ADHD is also a lifelong neurodevelopmental condition often diagnosed in childhood. It can present through attention difficulties, hyperactivity and impulsivity.

Why are claims of over diagnosis emerging?

In the US, more children and young people are diagnosed with ASD and ADHD than would be expected, in comparison to recognised prevalence rates.

This may be partly due to how diagnosis criteria are interpreted, with diagnoses rates varying significantly between states. The US insurance-based health care system is also likely to be a factor, as care is only funded if linked to a diagnosis, along with US society’s preference to label behavioural difficulties or normal range differences as neurodevelopmental conditions.

But does this hold true in the UK?

On the whole, no.

Fewer people are diagnosed than expected, given prevalence rates of such conditions. Rather than a UK epidemic of over-diagnosis, neurodevelopmental disorders are probably being under-diagnosed or are being under-recognised.

Absence of routine screening and demand for diagnostic assessments often exceeding the capacity of local services, leading to long waits for diagnosis, are likely to contribute to this.

A wide range of evidence should be used, including a history of symptoms, observing the individual in usual settings such as home or school and specialist assessments e.g. speech and language therapy or psychological assessments.

Characteristics of people with ASD, ADHD or ID vary by age, developmental level and severity.

For example, in ASD, children’s symptoms may disappear when they are supported to manage the demands of daily life. Likewise, symptoms can come to the fore when children are in demanding situations. Under the strain children experience when moving schools, often with little support, it is easy to imagine symptoms of ASD or ADHD becoming more prominent.

Given the complexity of such diagnoses, RCPsych recommends that diagnoses are made by child and adolescent psychiatrists and their multidisciplinary colleagues.

Are diagnoses helpful? Or are they a “middle-class parent’s way of dodging responsibility for how their child has turned out”?

While UK diagnoses are below recognised prevalence rates, not all children or young people with neurodevelopmental conditions can or should be identified. Some people do not want a label, while others have milder difficulties that can be self-managed or are below the thresholds for a diagnosis.

Over-diagnosis of these conditions can occur due to evidence presented being biased towards a diagnosis, or diagnostic confusion because of the presence of other neurodevelopmental conditions.

Parents might seek ASD and ADHD diagnoses when they are not the best or only explanation for a child’s behaviours. This is often a result of parents’ and professionals' understanding of a child’s behaviours or the avoidance of stigma relating to other diagnoses e.g. attachment or conduct difficulties. These require management of the wider environment around the child such as parenting, rather than placing the difficulty mostly within the child and their neuro-development.

Accurate diagnoses based upon best available evidence can help explain traits and symptoms and lead to appropriate support.

But, a diagnosis of ASD or ADHD is no “way out” for parents, and certainly not for their children.

National Autistic Society research finds only 16% of people with ASD have full-time jobs. More than 60 percent rely on their family for all their financial support and nearly 40 percent still live with their parents.

Neurodevelopmental conditions have significant impact on the lives of young people and their families. Children with autism are more likely to be excluded from school and experience bullying, with lasting effects.

A diagnosis in itself will not dissolve the numerous life-long challenges faced, but it can offer a path towards support.

In the words of the National Autistic society “a diagnosis is often the only hope parents and children have of getting a half-decent education with teachers who understand their condition and challenges.”

Mike Shooter’s emphasis on supporting children early is important. However, too much focus on over-diagnosis is a considerable distraction from the early intervention, education and support that is essential for children with ASD, ID and ADHD to lead fulfilling lives.

The impact that neurodevelopmental conditions can have on the lives of young people and their families should not be underestimated. Where a diagnosis is suspected by an individual, their family or professionals, it should be taken seriously, screened and assessed appropriately.

That diagnoses of autism in this country are becoming linked with the “sort of middle-class parent” Mike Shooter targets is not a symptom of parents seeking a way out. It is indicative of the current dearth of support, where too often children and young people only receive support when it is secured by their sharp elbowed parents.

Children with ASD, ID and ADHD deserved to be supported, regardless of how pushy their parents are.

A version of this article also appears on our sister site, Mental Health Today.