Trials are underway for a wristband that monitors physiological changes that may precede aggression. Darren Devine discusses how such technology could change the lives of autistic people, their families, and their carers. 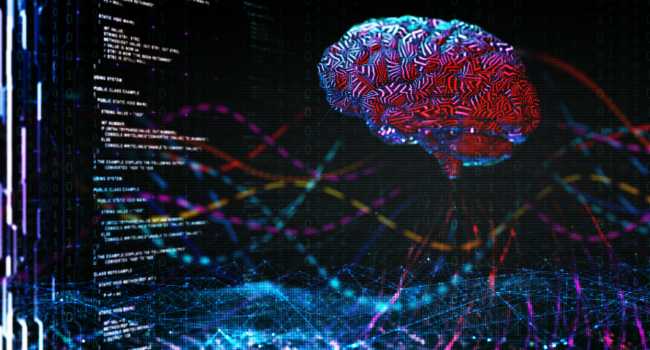 A US team of researchers led by Dr Matthew Siegel and Matthew Goodwin hope the watch-sized device may help autistic people and people with learning disabilities better recognise their emotions and self-calm. They have already completed a pilot trial using the device known as the E4 wristband. Data suggests the device can predict an outburst a minute before it happens, which the researchers believe is enough time to ensure everyone's safety, including that of the wristband's wearer.

"Could it be used in a pre-emptive and potentially punitive way?", wonders Hatton. "In fact, is this the only way it could be used?"

The researchers hope that as the technology is refined the one-minute window can be extended. The wristband measures sweat caused by physiological arousal to monitor aggression.

The team leading the research, the Autism and Developmental Disorders Inpatient Research Collaborative, is a group of five US children’s psychiatric hospitals. They hope to develop the technology to flash from green to yellow to red to warn carers.

Child psychiatrist Siegel, who has previously described the technology as the “holy grail”, is the director of the Developmental Disorders Program of Spring Harbor Hospital, in Maine, which is one of the five centres in the collaborative. He said: “The biggest challenge for many people is not necessarily the autism itself, but the serious problem behaviours that can accompany it, such as aggression and self-injury.

“It is the unpredictability of these behaviours that prevent families from being able to go to the grocery store, eat in a restaurant, attend their local school, or even go to a doctor’s office.” Siegel believes existing approaches to behavioural problems in autistic people have focused heavily on what happens after aggression.

Clinical studies of physiological changes that may precede aggression

A new three-year clinical study that began last October is investigating how far signals like the heart rate and sweating can indicate the probability of aggression. Siegel added: “Imagine the possibilities for prevention and a family’s quality of life if we can accurately predict that one of these behaviours will likely happen in the next two minutes. Suddenly, we are able to know when things are not going well, provide coping strategies, and increase safety. Put simply, this is a potentially transformative approach to serious problem behaviours in autism.”

Chis Hatton, Professor of Public Health and Disability at Lancaster University, wonders whether the wristband "is any better at predicting a person’s ‘aggressive outbursts’ than other people who know the person well, particularly parents. Perhaps they may have a more accurate sense of this than an algorithm from a device."

UK charity Autism Together started a trial of the technology last spring at their Raby Hall care home on the Wirral, on Merseyside. The group started a £2.5m appeal to raise funds for the trial and fund a new building on the existing Raby Hall site to house the technology.

Autism Together’s chief executive Robin Bush has said he feels passionately about the project. Having worked with autistic people for 26 years, he understands that aggression is a form of communication. Bush says that the project is very significant and the technology will be “game changing”. He believes it will help identify the causes of problems like anxiety, sleep disturbance and challenging behaviours.

The wristbands cost over £1,000, but the charity stresses those treated will be NHS or local authority funded. Goodwin presented the wristband at last year’s International Society for Autism Research meeting in Rotterdam.

The sensor is said to predict an outburst with 70% accuracy. And when researchers personalise the device with the individual details on a person’s heart rate, sweat levels, movement, and skin temperature this can rise to 84%.

Hatton questions this claim: "it is unclear to me what a 70% accuracy of prediction means. It would be more meaningful to have information on both the false positives (where an ‘aggressive outburst’ was predicted by the device but didn’t happen) and the false negatives (where an ‘aggressive outburst’ wasn’t predicted by the device). Basing pre-emptive ‘interventions’ on these levels of accuracy could be both unnecessary and distressing for the person, and potentially lead to more ‘aggressive outbursts’ as the person reacts to an ‘intervention’".

In the pilot trial, researchers worked with 20 non-verbal autistic people in a psychiatric unit to hone the device to a level where it picked up on the warning signs of aggression. Those taking part wore the wristband during their day and were followed by a research assistants who recorded details of outbursts. The researchers gathered data over 87 hours when 548 outbursts of aggression were recorded. Factors occurring one and three minutes before an episode that might predict aggression were analysed.

"The very act of being followed around may well have changed what people were doing, where they went, and how they reacted to what and who was around them", says Hatton. "People may have been uncomfortable or distressed by having these devices on their wrists. The information collected by the wristband are all general indicators of increased physiological arousal. Within the confines of an inpatient unit, this may be more closely linked to aggression because, bluntly, there are precious little opportunities for people to do anything else (e.g. physical exercise). If people were living more varied and active lives, the wristband device may well become less predictive."

With 548 'aggressive outbursts' recorded in the 87 hours of observation, this equates to an 'episode' every ten minutes. Hatton believes that the ways in which these 'aggressive outbursts' were responded to by staff would impact the person and therefore the wristband data, questioning whether "all these episodes were discrete or potentially part of longer occasions involving inpatient unit 'intervention'".

Wearable technology for autism stretches back over many years. Weighted blankets and clothing have been used to help autistic people feel calm by adding pressure, providing feelings of security and body awareness. Other clothing includes hoodies that block out light and overwhelming distractions, scarves with sound reduction and integration capabilities, and long-sleeved t-shirts that use temperature control to induce calm. Further attempts to harness wearable technology for autistic people and people with learning disabilities have seen the development of GPS watches or tracking bracelets with two-way audio. These are designed to ensure parents or carers know where their loved ones are and how they are doing.

Canadian firm Awake Labs have been developing similar technology to Siegel’s wristband sensor to help manage the symptoms of anxiety before they escalate. The technology uses the Anxiety Meter, an app created by scientist Azadeh Kushki that translates the user’s heart rate into their anxiety level. The Anxiety Meter is paired with another app, Reveal Stories, which is designed by Ontario-based Awake Labs to coordinate care. It enables carers to share information on what might be triggering the anxiety and up-to-date strategies. The combined app is downloaded on a smart watch. Support staff receive biofeedback from the app on iPads, and, if anxiety ratings rise, they use therapeutic techniques to help restore calm. Siegel says his wristband research is part of a broader attempt to redress a bias in autism research that has left those severely affected by the condition excluded from new studies.

UK charity Thinking Autism said they support “any sort of advances that can help improve the lives of people with autism”.

But in a statement, shared that there are “often undiagnosed reasons for aggression”. “Research and the experiences of our members shows that aggression can be the result of medical issues like seizures or gastrointestinal problems, many of which can cause pain,” the statement added.

Able to predict an "outburst" one-minute before it occurs, concerns have been raised about how the technology would be used in practice. "Could it be used in a pre-emptive and potentially punitive way?", wonders Hatton. "In fact, is this the only way it could be used?"