Until a group of parents joined forces to change the law families could find themselves sidelined once a loved one with a learning disability turned eighteen, with social workers taking charge of key decisions. But here Darren Devine details how three families have fought to ensure parents continue to have a voice when their children become adults. 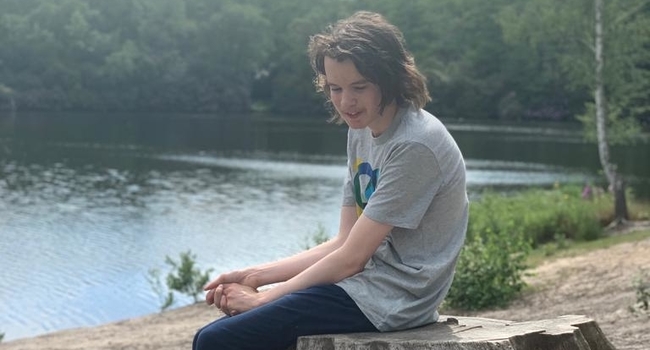 Parents who devoted their lives to children who will need high levels of support until the day they die found the parental rights they took for granted suddenly eroded on their eighteenth birthday.

Where before key decision making for a child with a learning disability rested with their parents, the transition to adulthood would see professionals given a greater role.

As if clocking up another day on the calendar meant a lifetime of love and devotion counted for nothing and professionals, who had sometimes never met the person, knew best.

Sometimes, families felt they were sidelined as social workers held behind-closed-doors meetings to make decisions about the life of a loved one who was deemed to lack the capacity to do it for themselves.

The judge involved, Mr Justice Anthony Hayden, said this wording should be revisited.

But Hayden also said in the majority of cases the most likely result is that it is not in the person’s best interests to appoint a deputy, leaving the impression the families won only a partial victory.

Hopton, 56, from Windsor, in Berkshire, said their lawyer, Alex Rook of Irwin Mitchell, has been told by a judge within the Court of Protection that the move will see a rise in successful deputyship applications.

She added: “Looking at the finer detail we absolutely feel like the campaign has been a success in that we set out to get the words in the Code of Practice ‘in the most difficult cases’ to be revised, which they have been, or they are being. And that is the most important thing because now all applications will have to be viewed from the start without any bias or presumption that they will only be approved in the most difficult cases. So in that sense it’s been a great success.”

The families, who crowdfunded their campaign on crowdjustice.com, insist the ruling set a precedent.

“Often [families] know best what support a person wants and needs, and stick up for them when they aren’t getting it”.

“That’s why we’re glad that the Court of Protection judge decided that the Mental Capacity Act Code needs to change so that parents are not stopped from becoming deputies, when they should be able to get that agreed and have a right to be involved in making decisions about what is best for their loved one.”

Why families are making deputyship applications

All three families will now make their own applications for deputyship in relation to their now grown-up children.

Hopton has said she became convinced she needed deputyship after leaving 20-year-old son Ollie, who has autism and learning disabilities, in care. She said it was the hardest decision of her life and one only made after his needs became “so significant”.

However, over the next four years Hopton says Ollie was attacked and suffered “serious unexplained bruising” that led to a police probe. But the investigation closed with no-one held to account. Her son was moved to a second home but the family’s experience was no better.

In fact, Hopton installed a secret camera and caught support worker Raja Khan dragging Ollie out of bed, poking and insulting him, and leaving him unattended in the bath. Khan, 29, was handed a suspended 12-month jail term and banned for life from working with vulnerable people.

Ollie is now back home and is now “loving life”, says Hopton.

Businesswoman and charity campaigner Monckton, whose 24-year-old daughter Domenica Lawson has Down's Syndrome, said she has spent two decades advocating for people with learning disabilities. Monkton, who was a close friend of Princess Diana and whose daughter was the Royal’s godchild, said she got involved for all those parents who “are united in the extraordinary love they have for their children”.

Mottram, 53, has a 24-year-old son Oscar who has severe learning disabilities, epilepsy, and anaphylaxis. Oscar is non-verbal, hyperactive, lacks the concept of danger, and has little understanding of the world around him, says Mottram.

The businessman from north London, who was the co-founder of the sportswear brand Rapha, has said in many cases decision makers for his son had “never met him”.

Archbishop of Canterbury Justin Welby offered his support. In a letter to The Times newspaper he wrote that the parents deserved “admiration and support.”

But the families’ campaign has not met with universal support.

Linda Jordan, of the National Development Team for Inclusion, stressed that while deputyship is appropriate for some, in the “vast majority” of cases people should “be supported to have a voice”.

Jordan, whose daughter Ellen Goodey, 37, is an actress with Down's Syndrome, said: “At least if they can’t make the actual decision, decisions are made in their best interests, meaning you’ve actually taken a lot of effort to find out what their voice is, or what is important to them.”

She added that assuming “it’s okay to make decisions on behalf of someone else” is the “wrong principle.”

Jordan, who worked in special needs education for 20 years with people with profound and multiple learning disabilities and autism, rejects the idea that social workers sideline families once a person turns 18.

“I haven’t experienced it. I actually don’t believe a social worker would not allow a parent to be involved in a planning situation around what is going to happen — what the support is going to be,” she added.

Caption: Caroline Hopton, who has fought to make it easier for parents to be appointed as deputies when a loved one lacks capacity.

Caption: Ollie Hopton, whose mother Caroline fought to change the law on deputyship after he was abused in care.