'Not Fine in School' is a parent-led organisation that supports, informs, and empowers parents affected by school non-attendance. On behalf of the organisation, Fran Morgan writes for Learning Disability Today about why the education system is failing to give all children the same support to thrive. 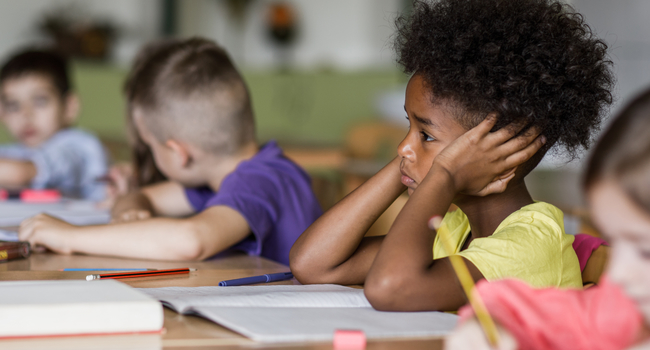 School "refusal" is growing, compounded by budget cuts, problems in the SEND (Special Educational Needs and Disability) system, and a focus on academic curricula and testing.

"Our education system is turning into a "sausage factory" for neurotypical children – in one end, out the other."

Long delays and high thresholds in CAMHS (Child and Adolescent Mental Health Services), paediatrics, and other services also mean that for too many children, their needs are going unmet, resulting in a level of anxiety around school that leaves them unable to cope. We call this school "refusal", but these children want to go to school (and their families want that too); it’s not that they are wilfully refusing, they just can’t do it.

I came into this world eleven years ago, when my youngest daughter suddenly fell apart on the second day of a new school year. The primary school was supportive, but I quickly found myself under pressure to force her to go - even though it felt like the wrong thing to do. It was a shock for us as much as for others, but many people didn’t appreciate the sheer force of her anxiety, others assumed I was a parent that couldn’t reinforce behavioural boundaries or that my daughter’s anxiety was a direct consequence of my own anxious personality.

I felt completely alone and not only was I desperately worried about my daughter, but the impact on the whole family was huge. Very quickly I became aware of the legal requirement for my daughter to attend (it felt like ‘attend at all costs’) or for me to de-register her and home educate. This should be an elective choice and for us, it was not a choice we wanted to make.

School non-attendance is on the rise

In the last eleven years I have seen this problem grow exponentially as a result of school budget cuts and the loss of support staff, problems in the SEND system, long delays (and high thresholds) in external service like CAMHS, and an increasing emphasis on academic curricula and testing.

Our education system is turning into a "sausage factory" for neurotypical children – in one end, out the other. Children are all different and they learn in different ways. Add to that the fact that some have additional issues and characteristics that impact their ability to learn in a fixed way, or to socialise in a school setting, and you have a recipe for disaster.

Despite the fact that our system is increasingly "one size fits all" and crumpling under the weight of the aforementioned challenges, the law makes no allowances.

An education system that fails many

It’s black and white – parents have a duty to ensure their child receives an education. For many parents, the education they want (and are entitled to) for their child is the system provided by the Government, yet it continues to fail those who are most vulnerable and places little value on anything beyond academic performance. The attendance-attainment narrative that drives down from the Department for Education, through local authorities to schools, assumes that low attendance is the fault of parents who either don’t realise the importance of regular attendance, or don’t care.

The reality is that in too many cases, the education system is failing to give all children an equal opportunity to fulfil their potential and the consequences for children and families are catastrophic.

There are 783,000 persistent absentees and we know very little about them. The reason for 40% of these absences is "other" or "not known yet", and 325,000 children have absences of more than 25 days (about 87% attendance) with no further detail.

Does that sound like an education system that is enabling every child to fulfil their potential?

'Not Fine in School' is a parent-led organisation that supports, informs, and empowers parents affected by school non-attendance.