Years spent in privately-run hospitals can see those with autism turned into lucrative assets generating millions for businesses, writes Darren Devine. But with groups like the National Autistic Society having recently found themselves engulfed in abuse scandals, charity providers are now facing questions of their own. 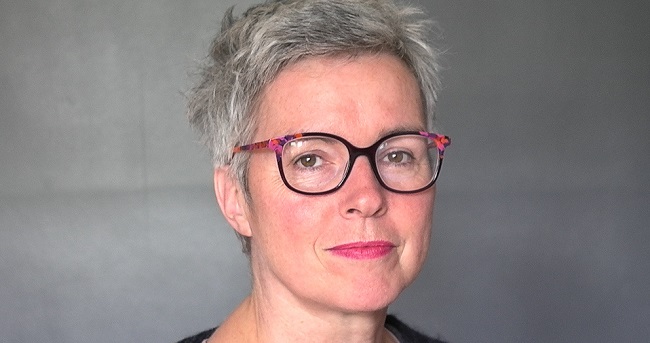 Commodities hoarded for cash by businesses with a vested interest in keeping the vulnerable confined to units where they are drugged and abused for years without end.

This is the view of controversial long-stay mental health hospitals that has driven the government’s attempts to close beds and move people with autism and learning disabilities back into communities.

But how far is this picture confined only to the private companies that care for people with autism and learning disabilities in long-stay hospitals or assessment and treatments units?

And how far is the quality of care impacted by the business model underpinning it when charities have also found themselves embroiled in abuse scandals?

Dr Sara Ryan believes events at both the National Autistic Society (NAS) run Mendip House and the death of Danny Tozer in the care of Mencap raise serious questions about charity care.

The NAS was fined £4,000 after carers at Mendip House were accused of throwing objects at residents and swearing at them.

A whistleblower claimed one resident was slapped, made to eat chillies and repeatedly thrown into a swimming pool at the Somerset care home after concerns about abuse first surfaced in May 2016

Also, a staff member is said to have put a ribbon around a resident’s neck and ridden him “like a horse”.

Residents had also funded staff meals on outings and health watchdog the Care Quality Commission (CQC) issued its £4,000 fine over this financial abuse.

Tozer, 36, who had autism, learning disabilities and epilepsy, died after having a fit in his bed at a house in Bishopthorpe, run by Mencap.

Reports suggest the charity saw 85 unexplained deaths in its care between 2010 and 2018.

Tozer had an epilepsy sensor mat under his mattress, but this failed to go off when he had the fit.

Doubts were raised at the inquest about whether the sensor mat was turned on when Tozer had the seizure, but coroner John Heath concluded it was.

Heath said there was no neglect in his death, but communication between Tozer’s family and Mencap and City of York Council — which commissioned his care —  had not been satisfactory.

Tozer’s family said the inquest evidence painted a picture of “confused and inconsistent support, a lack of monitoring, no overall coordination, an absence of leadership, and no one person or agency prepared to take overall responsibility for Danny's care”.

Ryan’s 18-year-old son Connor Sparrowhawk had epilepsy and autism and died in NHS care after suffering a seizure while unsupervised in the bath in 2013.

She said she has “huge concerns” about charities acting as both “campaigning organisations” and care providers.

Ryan said Mencap’s response to the Tozer death and the NAS’s to Mendip House illustrates the tensions in their dual roles as care providers and campaigners.

The NAS’ latest annual accounts show that £78m of its total £96m income came from providing education and independent living support. More than 85% of its total income comes from delivering services.

Ryan says Mencap’s barrister quizzed Tozer’s family at the inquest “in the most inappropriate way” and presented the death as a consequence of his “overly-developed sexual needs”.

The inquest heard how a York Council safeguarding log indicated the sensor mat would be turned off at these times to avoid disturbing him.

Ryan also suggests that when the news about Mendip House began to break the NAS did not reveal the full extent of the abuse to families.

She said Mendip House and Tozer’s death showed the charities were focused on damage limitation.

Instead, they should have apologised and made clear they were “mortified that this had happened in our care”.

Campaigning Oxford University academic Ryan, whose research is focused on disability and autism, added: “I think it just demonstrates that the care they provide is along the same lines as the care that’s provided by any old Tom, Dick and Harry.”

In the wake of the Tozer inquest charity Learning Disability England (LDE) also said Mencap could not act as both a “major provider of services” and an organisation that “campaigns and lobbies”.

“It should choose which it wishes to be,” said LDE in a statement at the time.

In a statement Mencap insisted it is possible to deliver “high quality and impactful campaigns and services and that doing both can be beneficial”.

The statement read: “Like many charities, we believe that delivering both services and campaigns helps us to better understand the challenges that people with a learning disability and their families face and to remove any barriers where we can.”

The charity points to recent campaign successes such as Treat Me Well, as evidence it can straddle both its care providing and crusading roles.

Treat Me Well was focused on securing learning disability training for NHS staff.

Mencap also insist they have a “strong regulatory record”, with up to 94% of their services rated good or outstanding.

NAS chief executive Mark Lever said they were “profoundly sorry” for the abuse at Mendip House, which was “as far as it’s possible to be from the respect, kindness and care that we expect everyone we support to receive”.

The NAS also suggest that rather than being a conflict of interest their campaigning efforts derive more credibility from their work in caring for people with autism.

Lever added: “We believe we have a duty to the people we support to continue providing this dual function.

“This, of course, puts more of a spotlight on our own practice and underlines why it’s so important that we, and all providers, are open and honest if any of our activities fail in anyway – as we’ve tried to be with Mendip House.”

Due to the efforts of charities and individual campaigners NHS England now publish detailed information about people with autism held at mental health hospitals, which has helped ensure their needs are given greater attention, said Lever.

Image: Dr Sara Ryan, who believes charities Mencap and the NAS must choose between being a campaigning voice for those with learning disabilities and autism or care providers.