In the last four years, the number of people with learning disabilities and autism in long-stay hospitals has fallen by around 20%. But does changing the setting of care alter its nature when institutional routines endure? Darren Devine reports. 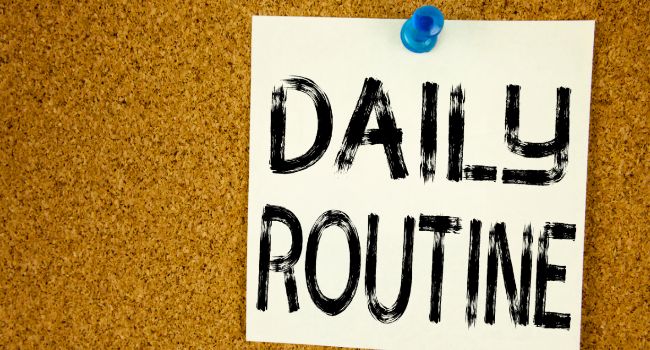 When Tony Hickmott was set to be discharged from the long-stay hospital where he has spent the last 18 years, parents Pam and Roy were hopeful it would mark a new beginning. No longer would they have the weekly 180-mile round trip the couple make from their Brighton home to Tony’s 40-bedroomed secure unit Cedar House, near Canterbury. It would be an end to the institutional routines that have dominated Tony's life.

But tragically, their hopes quickly evaporated as they grew disillusioned with the living arrangements planned for their 41-year-old son after Cedar House. The plan was devised under the government’s transforming care initiative to get people with learning disabilities and autism out of long-stay hospitals and living in communities.

Retired hospital supervisor Pam, 74, said Tony’s bungalow, in Brighton, failed to follow his care plan and was totally out of step with the spirit of transforming care. Tony, who has autism, would have been one of several people living in the bungalow and the plans included moves to put a hatch in his bedroom door. His parents felt the scheme simply involved moving him from a hospital to a community institution.

Pam said: “It was just totally ignoring transforming care. My husband and I weren’t allowed to visit. They didn’t think about my family who haven’t seen him for 18 years."

The impetus for transforming care came in June 2011 after BBC’s Panorama showed patients with learning disabilities and autism being abused by staff at Winterbourne View, a private hospital in Bristol. Since then, long-stay hospitals have come to be viewed as places where a deeply entrenched culture of over-medication and restraint puts them almost beyond the reach of reform.

For disability rights consultant Neil Crowther, Tony’s case would represent an object lesson in what can go wrong when these hospitals, or assessment and treatment units (ATUs), are used as the yardstick for improvement. Against this measure, almost any change - however slight - can seem like an improvement, believes Crowther. “We’re beginning with the very worst of what people currently have and if we assess ourselves against that then we’ll make quite limited progress,” he said.

Official transforming care documents say people should have choice about “where they live and who they live with”. When people leave hospital but find themselves in group settings with limited choice over who cares for them and what they do, greater honesty is needed about how far this represents “independent living”, says Crowther.

Former director of human rights for the Equality and Human Rights Commission, Crowther said: “They’ve moved from a hospital setting to a non-hospital type institution in the community.”

Late October, the first resident moved into an autism and learning disabilities complex of 18 one-bedroom flats at Jellicoe Court in Basingstoke, Hampshire.

In Oldham a £4m complex of 20 self-contained apartments is planned for people with learning disabilities offering round-the-clock support. It seems then that much of the community living accommodation is premised on the idea large groups of complete strangers would want to live together simply because they all have learning disabilities. But shouldn’t the choice and control transforming care was meant to deliver mean autistic and learning disabled people can live in any house, in any street, in any community?

However, people with learning disabilities who live alone with support can experience problems making social connections and risk becoming isolated and vulnerable. Group settings are then viewed as preferable because they offer opportunities for friendships and socialising.

But Crowther is unconvinced: “I think, personally, a lot of that is smoke and mirrors. The rationale for it is because it’s cheaper. It’s an economy of scale isn’t it to provide support in that setting?”

Crowther acknowledged there are cases where people with learning disabilities make a choice to live with others and pool personal budgets or direct payments to improve support. “But that’s not really what’s happening in most instances. People have very limited choices in terms of housing and support,” he added.

Up to 112 social workers working in teams of two took part in unannounced visits made in 2015. In Calderdale, the teams visited in March and October on a Friday night and in Hertfordshire in January and June on a Thursday. The work focused on whether people living in the community experienced independence or “institutional routines” defined their lives.

It looked at people in independent tenancies, supported living, and residential care and nursing care homes. They found 69% of adults with learning disabilities were engaged in some form of bedtime routine by 8.30pm. However, the research found “significant differences” in the proportion of people who were up and those who were ready for bed, or in bed, between the different types of accommodation.

Those in residential with nursing care were 1.8 times more likely to be in bed at the time of the visit.

James, who is now Bradford Council’s services manager for learning disability commissioning, said they were disappointed to find that group supported living arrangements were among those most likely to use institutional routines. She said: “We didn’t expect it in supported living. We thought people would be living relatively normal lives. On a Friday night you’d be up and about doing things that anybody else would be at 8pm. Fair enough, if you’d had a really busy week you might be chilling out, but we didn’t expect almost like a childlike approach to people being made ready for bed on a Friday.”

In one setting, the team found an "artefact" pinned to a chair belonging to one of the residents. It read: “Dinner 5pm; Bedtime 6pm; With Medication; Night Night; Sweet Dreams.”

A life pitifully summed up in 10 words. What better illustration of the dehumanising impact of institutional routines?

Blog index image: Roy Hickmott with his son Tony. Plans to move Tony from hospital to a bungalow fell apart when his parents began to feel authorities were simply swapping one institution for another.