Many people with autism and learning disabilities are being overlooked by research. Charities, researchers, and campaigners say current studies are skewed towards the more able end of the spectrum, which can leave the most severely impacted excluded. 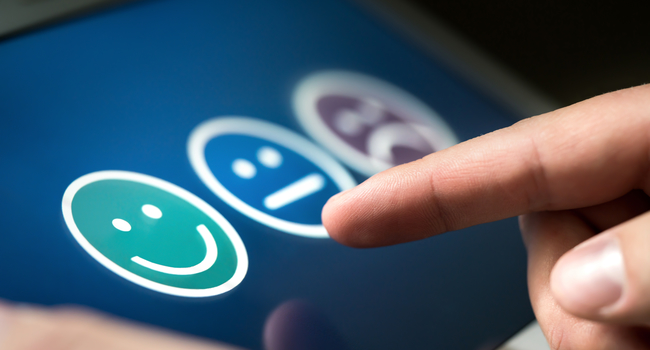 It seemed like an innocent enough tweet from one of the world’s best-known autism researchers designed to generate interest in his latest work.

But when Simon Baron-Cohen tweeted last year about how he was looking for people with and without autism to complete an anonymous health survey, it sparked a debate that continues to rage about the value of autism research.

“I don’t know whether you would consider the pragmatics of spending more time and money over recruiting people a valid reason — I don’t really think it is."

It was quickly pointed out to the Cambridge University researcher that his work would automatically exclude the many people with autism unable to fill in forms.

“Will you be doing a separate survey about the physical health of nonverbal people with autism who cannot read or write? Otherwise your data will exclude this group,” he was asked by biomedical charity Thinking Autism.

And earlier this year a team led by Dr Ginny Russell from Exeter University revealed how widespread the problem of autism research focused only on the more able end of the spectrum has become.

She found that though global estimates suggest around 50% of people with autism also have a learning disability, this group is massively under-represented in research.

Russell’s work took in all original research published in 2016 in autism-specific journals with an impact factor greater than three, which is measured by the number of times articles are cited. Her research involved 301 papers and 100,245 autistic people and selection bias was defined as any paper where more than 75% of participants did not have a learning disability.

Russell said people with learning disabilities represent a “harder to reach population” and many researchers simply don’t have the time to devote to securing their involvement.

“I don’t know whether you would consider the pragmatics of spending more time and money over recruiting people a valid reason — I don’t really think it is.

“But I think maybe the onus then is on funders of research to make sure those things are taken into account when they fund research to start with, rather than researchers who are quite overworked and often are struggling to recruit people at all, let alone make sure they’re hitting quotas for different types of people.”

Ethical difficulties can be a barrier to securing the informed consent of people with severe learning disabilities.

Isabelle Garnett, whose 19-year-old son Matthew has autism and a severe learning disability, is concerned that the autism research effort is being dominated by those who can self-advocate.

Garnett, 51, from London, who with husband Robin has been heavily involved in the Human Too campaign to get people with autism and learning disabilities out of long-stay hospitals, said: “That has skewed the support that’s available for children like ours basically, because they don’t fit the boxes.

“And there isn’t that research on them that there really needs to be in order for the health service and social care to actually put in place the services they desperately need.”

Garnett said it’s arguable that the needs of the excluded autistic population “are greater” than most of the more able study participants.

Russell’s paper acknowledges that there “are some instances of autism research where exclusion of people with ID (intellectual disability) is scientifically necessary”. These would include studies on the specific needs of people with autism without learning disabilities, focused on, for example, their experiences in university or work.

But Russell’s paper, published in Molecular Autism last March, adds that “in most cases however, strategies should be taken to ensure meaningful inclusion of participants with ID is achieved”.

And Garnett insists there are ways of ensuring research better reflects the diversity of the autism spectrum. She added: “There are ways of capturing their views and one of the ways is through their families and those who know them best.

“The other way is to simplify what you’re asking or to make it visual, rather than making it a questionnaire or verbal.”

Russell says autism research is not the only area where people with learning disabilities are massively under-represented. She said the same is true of neuroscience studies across the board, especially in research using magnetic resonance imaging (MRI) scans where there are practical problems in convincing someone with a learning disability to lie down for a long period of time.

“It’s not just a problem for autism. There’s all sorts of other conditions where intellectual disabilities  — co-morbid or co-occurring — where we see the same things happen,” added Russell.

Her work also highlighted poor reporting standards among academics, who often fail to acknowledge the shortcomings of their research. Information about whether study participants had a learning disability was missing in 38% of studies and where there was a selection bias only 31% mentioned it as a limitation of their findings.

He said people with learning disabilities are excluded from research “for multiple, complex — reasons, including issues around gaining consent, polypharmacy, co-occurring conditions being used as exclusion factors, and some researchers’ anxiety about including those with complex needs”.

“Autistica launched a grant scheme this year to encourage research within under-represented groups, we also founded a study group particularly focused on people with complex needs and we fund a number of studies with this group, including work in epilepsy and anxiety — common co-morbidities in autistic people with learning disabilities.

“We have also launched a consortium of charities working across neurodevelopmental conditions, but much more needs to be done by all research funders to kick start life saving work within this vulnerable population," he added.

Via Facebook Messenger, neurodiversity advocate Dr Wenn Lawson questioned the claim that up to 50% of autistic people also have a learning disability.

Lawson, who is autistic, cited figures from the US Centres for Disease Control, which studied records from 2008, and concluded 38% of children with autism had a learning disability.

Despite this Lawson added: “I do agree that not enough research happens for autistics who have an added intellectual disability etc. This needs to change!”

Caption: Isabelle Garnett (pictured with son Matthew and husband Robin), who feels the failure to include people with learning disabilities in autism research has skewed the support available to them.