MSP Daniel Johnson’s life was a “mess” before he was diagnosed with ADHD six years ago. Now, he tells of his battle to raise awareness of ADHD as the only politician in any UK parliament with a declared diagnosis. 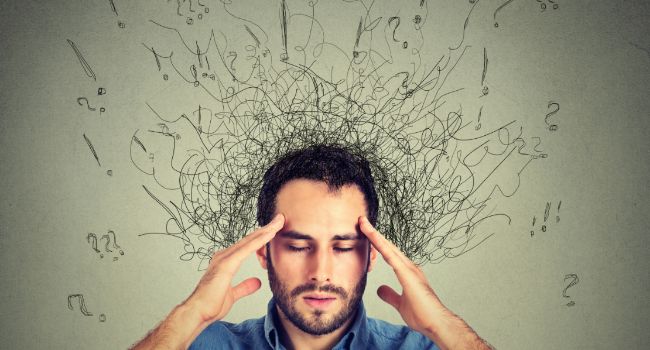 Experiencing symptoms with no diagnosis

At its worst, MSP Daniel Johnson’s untreated attention deficit-hyperactivity disorder (ADHD) left him walking down the street berating himself over his inability to cope with life.

Johnson said he started to scare himself with nervous tics and behaviour that was “on the edge of not really being acceptable in normal, everyday life”. Stressed and depressed, Johnson feels if he had been left untreated he could have ended up suffering a nervous breakdown and splitting from 39-year-old lawyer wife Jackie.

“Fundamentally, my life has been transformed by my diagnosis and the fact I’m on medication.”

In the end, it was the Labour MSP’s wife who first raised the possibility of ADHD when Johnson’s life began to unravel around six years ago. Johnson was running a group of gift, card, and homeware shops in Edinburgh when he remembers feeling “agitated” for much of the time and began falling way behind with basic admin like invoicing.

“It was having a real impact, both in terms of home life — me and my wife were arguing a lot. In my work life I was really just not staying on top of the things which are really important,” he said. Johnson saw a couple of psychotherapists which eventually led to a diagnosis of ADHD six years ago. The diagnosis helped him make sense of problems he has struggled with all his life, like acute sensitivity and emotional outbursts.

“I did okay at school, but I struggled to do well. I struggled to apply myself.” Johnson, who represents Edinburgh Southern, added: “I was always behind with my homework. Then as a student (I was) late handing in essays — chronically so.”

The 41-year-old politician is careful to point out that he is the only “declared” parliamentarian with a diagnosis of ADHD. He believes the law of averages means there must be others. Stigma is the only issue that prevents them being open about their struggles, says Johnson.

The stigma of medication

The stigma is linked to ADHD medication and the condition still being mistakenly regarded as “naughty boy” syndrome, says Johnson.

The politician takes a slow-release form of Ritalin and is an unequivocal advocate of the judicious use of medication. [Editor's note - always consult your GP before making changes to your medication]. He believes the issue has been unnecessarily complicated by fears about people in specialist hospitals with autism and learning disabilities being over-medicated.

Johnson points out that guidance from the National Institute for Health and Care Excellence (NICE) lists medication through methylphenidate (Ritalin and Concerta) as the first-line treatment for adults moderately or severely impaired by ADHD.

He said: “It’s highly effective, especially for adults and yet because it’s medication, because I take pills, there is a huge stigma attached to that.”

“Both of those medications have side-effects. They can damage your liver and there are potential consequences if you have asthma. They have side-effects, but it works so we say people should take it. I think we need to get to that position as well with ADHD.”

Without Ritalin, Johnson fears he would have slipped back into the chaos that almost engulfed him six years ago. He added: "I’d struggle to do the basics of my job — stay on top of my casework. I worry that I would be divorced. Fundamentally, my life has been transformed by my diagnosis and the fact I’m on medication."

That said, Johnson accepts “great care” is needed over the dosage used when treating children with ADHD with medication. "Getting the dosage right when people have smaller bodies and their brains are still developing — that needs to be handled with great care.”

Scientists say children treated with methylphenidate may suffer damage to the brain’s impulse control in adulthood.

Researchers at the University of Amsterdam found early exposure to methylphenidate lowers levels of Gamma-aminobutyric acid (GABA) in the pre-frontal cortex of adult brains. The researchers say GABA is an amino acid linked to impulse control.

But Harley Street psychiatrist professor Peter Hill, who is a member of UKAP, the UK ADHD partnership, has suggested that those treated in childhood may simply have had more severe symptoms.

Prescription rates for Ritalin and similar products has rocketed in the last decade or so. There were 922,200 prescriptions in the UK in 2014, compared to just 359,100 in 2004. The growth has fuelled concerns about stimulants being inappropriately prescribed. Statistics suggest that by the age of 25 an estimated 15% of people diagnosed with ADHD as children still have a full range of symptoms linked to the condition, which include inattentiveness, hyperactivity, and impulsivity. Nearly two-thirds, 65%, still have some symptoms that affect their daily lives.

In adults, some specialists say the symptoms are more difficult to define and inattentiveness, hyperactivity, and impulsivity affect people differently as they age.

Struggling with detail, poor organisational skills, an inability to prioritise, forgetfulness, and continuously losing or misplacing items, mood swings, and risk taking are symptoms specialists have suggested are linked to ADHD in adults.

The ADHD Foundation says alternatives like neurocognitive, behavioural, and dietary interventions are considered when people are unresponsive to medication.

The European ADHD Guidelines Group found small but statistically significant effects for free fatty acid supplements (Omega 3 and Omega 6 oils) on the core symptoms of ADHD — a finding backed by a US review. Also, in those with food sensitivities, excluding colourants was viewed as effective. The most rigorous scientific studies have failed to find statistically significant differences for neurocognitive and behavioural approaches, says the ADHD Foundation.

Experts say around half of all children with ADHD will also have a second co-occurring condition like learning disabilities, depression or anxiety, epilepsy, dyslexia, and Tourette’s. These need separate treatment.

In 2014, Israeli researcher Yael Leitner reported studies in the US and Europe have shown between 37% and 85% of children with autism have “comorbid symptoms of ADHD”.

In adults, personality disorders, bipolar disorder, and obsessive compulsive disorder (OCD) are all more common in those with ADHD.